Every Song Has A Memory: Electric Avenue

Every Song Has A Memory: Dirty City30 June 2020Next

Every Song Has A Memory: Afternoon Delight14 July 2020

Every Song Has A Memory: Electric Avenue 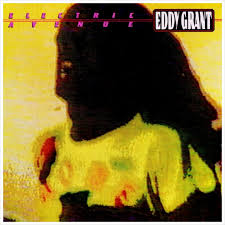 If you lived in Calgary, Alberta Canada in the 1980’s, there’s a good chance you associate “Electric Avenue” with a street – more than the hit song from Eddy Grant.

“Electric Avenue” was a strip of bars, pubs and restaurants tightly packed on 11th Avenue SW between 5th & 6th streets in Calgary.  Some refer to it as the original “Red Mile.”

Electric Avenue wasn’t a mile long.  It was one city block.  Or at least that’s how it started out.  By 1986, it had ballooned into a four square block radius with two dozen bars and clubs.

You already knew the closest streets you had a chance to get parking without getting ticketed for not being a resident.  Better just to cab it.  Strolling the Avenue on any given night, you could see a constant flow of patrons zig-zagging across the street, barhopping from club to club.  Some with drinks still in their hand.

Long lineups.  Bouncers at the doors standing with their arms crossed – all wearing the same color rugby shirts with the bar logo on them.  The colorful neon signage guided you to your destination:

There was an actual club named Electric Avenue;  three themed floors of drinking, dancing and debauchery.

The strip attracted the famous:  football and hockey players, singers, actors.  During the ’88 Olympics, I remember running across visitors from all over the world asking: “How do you get to Electric Avenue?”

Naturally, I replied in a lyrical way: “Oh!  You want to rock down to Electric Avenue.”

Smiling, their eyebrows would rise as they nodded “yes.”

Come to think of it, I remember a bartender at one of the clubs buying my drinks for the night in exchange for the Bud Light Olympic pin on my jacket.  I gladly accepted the offer.

The name – coupled with the familiarity of the song – gave Electric Avenue a mythical status.  It was part Vegas Strip – Stampede Week – Spring Break all rolled into one.  On any given night.

50 cent shooters.  Penny highballs.  25 cent draft nights. “Bladder Buster” specials that lasted thirty minutes, where everyone lined up at the bar for ultra cheap booze.  Yup, it was all about the drinking.

The Avenue was the first place I saw a girl serve beer out of a tub wearing a one piece Budweiser bathing suit.  It was where I used to pull my sport coat sleeves up to my elbows to try and look fashionable.  Women with bangles on their wrists and guys with alligators on their shirts.  Acid wash jeans and big hair.  It was a time when you went to the bar and brought a comb along – no matter what sex you were.

After your fill of drinking, dancing, sweating and people watching, you stumbled to a hot dog cart, or Singapore Sam’s for a sit down.  The only place on the Avenue open ’til 4am.

It’s all vanished, of course.   Never mind the bars, most of the actual buildings are gone, replaced by boutiques, fitness gyms and daycare centers.  Electric Ave. fizzed out in the 90’s and by then I had already moved away from Cowtown.  I’m kind of glad I wasn’t there to watch its demise.  Probably why it still remains so vivid in my memory.

Walking the street today, you would never believe that area was ‘pardy hardy’ central; where 25,000 fans in hysterics jammed together the night Lanny McDonald and the Calgary Flames won it all back in ’89.  The flashing girls and mooning guys – the convertibles hand painted red with a flaming “C” – the banner waving frenzy.

Whenever I hear the synthesized beat of Eddy Grant’s ’80s mega hit, I can’t help think about a time and a place long gone, where the energy and excitement of everything “eighties” glittered for all to see.  And experience.