Every Song Has A Memory: Dirty City

Every Song Has A Memory: Electric Avenue07 July 2020

Every Song Has A Memory: Dirty City 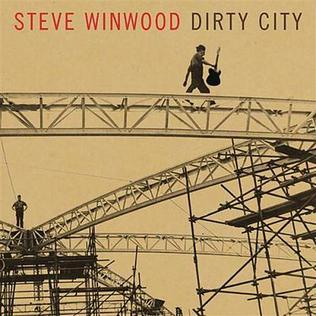 Amid the summer heat, a song reminded me of a memorable moment during a stretch of hot weather.  A searing summer, when temperatures peaked to uncomfortable levels day after day for weeks on end.

It was the summer of 2009.   Every week we were breaking daily records with the relentless heat.  On July 30th, we set an all time record for the hottest day in Vancouver’s history.  Through the heat and drought, I remember people couldn’t wait to head to work, since air conditioning in apartments, condos & homes on the lower mainland is scant. 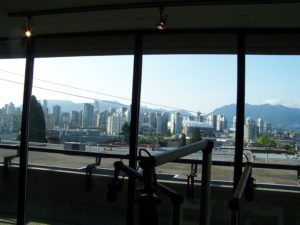 Each afternoon I would walk into the radio station (Shore 104 FM) and decompress from the heat, then step out on our balcony to spend a few minutes monitoring the “nursery” that was directly across our back lane up on the rooftop of a three-story office building. 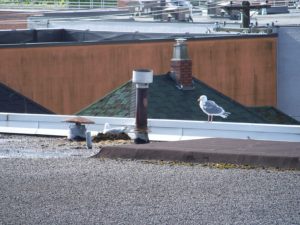 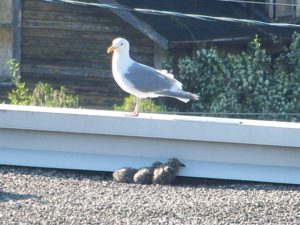 A seagull had hatched her chicks between the edge of the roof and a vent shaft.  What started off as daily amusement for us had now turned to worry, as we could see there was no place the chicks could escape from the blazing heat.  Worse yet, there was absolutely no access to water.

The baby chicks grew, and as the heatwave dragged on, we became more and more concerned with our new additions to the Shore family. ( Shore 104’s logo featured – you guessed it – a friendly west coast seagull)

I bet we could chuck water bombs…

One afternoon,  my co-workers (Jason “right on with the right on” Jaski  and Billy “four days” Nadorozny ) and I tried to think of a way we could somehow get water to our parched fowl family.  Standing on the balcony, one of us (I don’t remember who) suddenly blurted out what he was thinking:

“I bet we could chuck a water bomb across.  It’s not that far.”

Off to the promotions closet we went, in search of balloons.  Ten minutes later, we had filled half a dozen with water and proceeded to huck them like hand grenades off the balcony.  I’m happy to report all six made a successful splat on the rooftop across the back lane, allowing the chicks to indulge and hydrate.  It was high-fives all around as we watched the baby chicks scurry over to the freshly doused pebble surface.  They squawked and bounced in the puddle with delight. 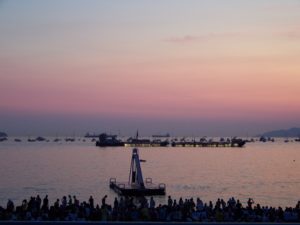 Each night on my show, I featured a hand picked song that I selected to play at the exact time sunset occurred.

“The Shore at Sunset” was a perfect chance to roll out a tune that captured the vibe of the day.  Rainy, sunny, frantic, mellow.  Something different every day to take in the glow of the evening.

I remember how hot and muggy it was, even at 9:30 pm.  One of those evenings where you could stretch out on a lawn (or pass out) and be comfortable the entire night.

It was day ‘eleventeen’ of the heatwave and you could see the fatigue in people.  “Enough is enough already”  cried the masses.

Sweaty, worn out.  A humid haze hung over the city as I launched into Steve Winwood’s masterpiece from 2008 that featured Eric Clapton doing what he does best.  I smiled and looked out over the skyline as the moody guitar quietly riffed through the song. 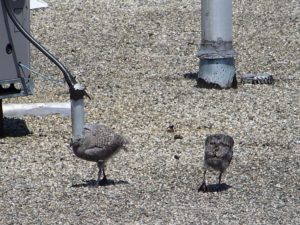 I decided to crank the monitors loud enough so I could listen on the balcony and watch the baby seagull chicks peck away at the water we had airmailed them.

Whenever I hear “Dirty City” I’m back in the throes of heat, staring at newborn life on a rooftop, happily enjoying our water bomb offerings.