Every Song Has A Memory: Won’t Get Fooled Again22 September 2020Next

Audition instructions: avoid getting cut from the client reel16 November 2020 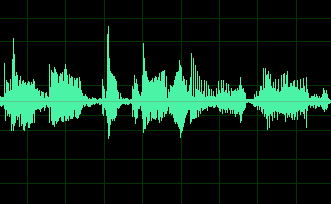 Earlier this year (when all the face mask fun began) I voiced a multimedia presentation from my studio.  Just a straightforward read regarding Covid.   No live session required, the agent just requested I provide a couple of takes on the 75 second script.

I tumbled through the script, randomly voicing lines under my breath (zub…zub…zub…) mentally noting the pauses, inflections, words to emphasize etc.

I voiced it right through – pausing between the three sections – made a few mistakes, and had another go at it.  Then, I took a gulp of H2O, cleared my throat and voiced each section another three times, trying to find (what I thought) was the “perfect” read.

If your trying to keep count, that’s five takes on each section…

I listened back to everything.  Most of the time, I judge the last two takes the best of the bunch and the versions I’ll send to the client.  Why?  Because in my head, I just kept voicing the sections until I thought I had a couple of solid takes (you’ve done this a zillion times too, right?)

But was the fourth & fifth takes really my best?

I listened again to the first three takes.  Decent.  Nothing really wrong with them, but for some reason, I thought I could do better.

Then it hit me.

I stared at the .wav file while I tried to be honest with myself; 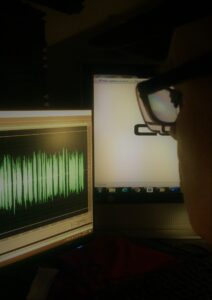 “Just read it.  It’s not an audio book character.   It’s not a presidential message.”

I uploaded all five takes  and texted the producer, informing him of my “bulk” session on the way.  I also asked him if he wouldn’t mind letting me know which one of the takes was going to be used.

A while later, my phone pinged; 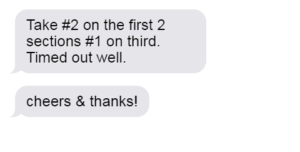 Back to the session I went, spending another 10 minutes listening to the cuts that were chosen versus the cuts I deemed best.

Now I could hear the difference.

Takes four & five were the cleanest.  They were also THE BOLDEST.

One db higher in volume.  The inflections were a little more emphatic.  They were good.  But too good – if you catch my v/o drift.

Trying to be perfect had washed away the authenticity.

Sometimes, I only do a couple of passes and I’m satisfied, but usually I like to do three or four;  I suppose it’s just out of habit – the never ending quest to get the “perfect” read.

I could have spent an hour doing it six ways from Sunday and it wouldn’t have mattered.  It’s not Shakespeare.  Save your voice, save your time.  Find something really worthy of going wide with your delivery and discovering a new gear.

Just remember, there will be times when your last take in a session might not necessarily be your best take.

Don’t underestimate your first pass voicing a script.  It may be less than perfect to you, but it just might end up the most authentic of them all.