Audition instructions: avoid getting cut from the client reel

Audition instructions: avoid getting cut from the client reel

In the world of Covid19, recording auditions at home has largely replaced the in-studio audition.  Casting directors are working closer than ever with talent agents whose roster includes voice talent with a home studio who can send high quality auditions.

Cannot stress the importance enough in making sure the audition you are sending is EXACTLY what the casting director is asking for.

Since so many auditions are being done remotely these days, I’ve noticed casting directors have stepped up their game when it comes to providing specific instructions on how they would like their auditions recorded and labeled.  Many have gone so far as to warn talent that any auditions straying from the requested structure will not be accepted.

And we’re not talking the usual requests:

– (or the ever popular) “bright, upbeat, non-announcer.”

Lately, directors are trying to basically recreate what they would normally end up with had they booked a studio & producer, brought in the talent and grabbed the best take from each one, neatly editing them into a rapid fire reel to play for clients.

Here are some of the instructions relayed to me for a recent audition I was requested to do from home:

Slate your name (just your name).

Do not provide any other details.

Do not mention your agents name or agency that represents you.

Do not process voice – record flat

Each commercial should have the following takes in this order:

-your personal slant (your choice)

Auditions can be no more than two seconds longer/shorter than time indicated.

Save file as: client brand_talent first/last name (include underscore)

***Auditions received not following these guidelines will be deleted. ***

At first glance you may think “Wow. Picky, picky.”

Sit in the casting director’s chair for a moment:

All she/he wants, is to be able to load these into one big file and save them.  They want to be able to sit with a client, press play, and listen sequentially through every audition. The structure is in place so that proper judgement can be given equally to every style of every commercial voiced.  If each audition is two minutes long and there are twenty odd auditions to listen to, a casting director will be spending upwards to an hour with a client simply going over the auditions.

Imagine going through this process without the requested structure?

A director doesn’t want to have to hire a producer (or do it themselves) to hack through twenty auditions in order to present an audition reel with some consistency.  Instead, they are taking the time to be very specific with how they want the audition done, and how they wish for it to be presented.

When you see instructions for an audition half a page long – or more, take the time to read it carefully. 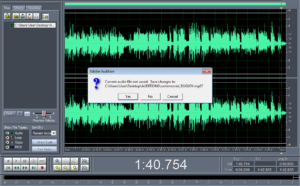 The last thing you want is to put time and creative energy into an audition, only to have it rejected before the client even has a chance to listen.  It happens.  A lot.

The kicker?  You won’t even know.

Follow instructions to the letter.  They are there for a reason.  Don’t miss the chance for success simply because you rushed to hit record.