Every Song Has A Memory: Takin’ Care Of Business08 May 2020Next 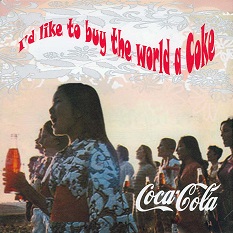 Top 40 music has always been a part of selling something to quench our thirst.  From the biggest acts in music, to the hundreds of musicians & jingle singers, they’ve all tried to capture a sound that becomes a musical link to the taste of something refreshing and comforting.

I wonder how the classic Coca-Cola hilltop jingle would have gone over now with the world thrust into this Covid19 global pandemic?  The recent use of it on the series finale of Mad Men made a new generation aware of its nostalgic quality and potency.

There are a couple of collector CD compilations available that have gathered many of the core artists, groups and bands back in the 60’s and 70’s that signed on to work a ‘soft drink session’ in the studio. 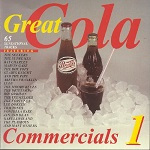 Unlike the ‘generic’ jingles that dominated radio and television, these are artist endorsed versions that either try to meld a hit song with the soft drink jingle, or the artist or group gives a go at the jingle themselves – pulling their own style and star appeal into the sound of the recording.

Several cuts that are flat out brilliant.  Neil Diamond’s recordings for Coca-Cola are completely original, borrowing a subtle lick and riff here and there from his hits of the day, but not enough to copy a ‘Holly Holy’ or ‘Brother Loves Traveling Show’.

Marvin Gaye recorded a Coca-Cola jingle that sounds so sweet and recorded so perfect – by today’s standards – this would have had the chance to become a hit record itself.  It demonstrates what a truly remarkable and versatile singer Marvin really was.

From the New Seekers hit “I’d Like To Teach The World To Sing” to Michael Jackson’s Diet Pepsi commercials (pyrotechnics and all) to Taylor Swift’s swing at the soft drink jingle piñata, Top 40 music will always be part of the business that invites you to try, and wants you to remember.