Every Song Has A Memory: Run To You

Every Song Has A Memory: Run To You 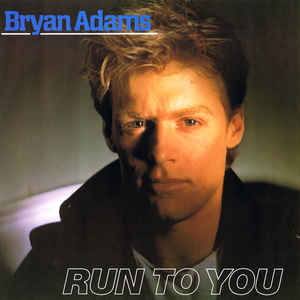 Bryan Adams – Run To You

There was a syndicated radio program called “Rockline” that ran for many years.  It was hosted by the late Bob Coburn – an L.A. radio jock on KLOS-FM who hosted a 90 minute program that featured  interviews and performances from the biggest names in rock music.  It ran live via satellite every Monday night and was broadcast from Sunset studios in Los Angeles.

Always a treat to listen to his show.  You knew it was live – you knew that you were listening to a host that was the best in the business at what he did.  Bob was well respected by the radio industry and by the artists invited on his program.  He made them feel comfortable from the get-go.  They were eager to talk with him about their passion for music and their latest projects.

So, naturally when we found out that Bob was making a special trip up to Vancouver to interview Bryan Adams and would be hosting the show from the studios at the radio station I worked at (99.3 CFOX) we were excited as hell to get the chance to meet and watch Bob do his thing AND have Bryan Adams down at the station for an exciting evening of stories and songs.

Bryan had released his greatest hits album “So Far So Good” a few months prior to the broadcast and was set to play two concerts at the Pacific Coliseum.

There was a buzz the day of the broadcast.  I remember everyone at the station trying to act busy, trying to find something to do after 6pm.  You WANTED to be there to see Bryan and Bob in the building, but you also wanted to give them their space, so everyone was trying to act as nonchalant as possible.

Our promotions, programming and production crew had meticulously covered the bases with the broadcast and with the studio. There was plenty of sparkling water and food made available to our guests and the small entourage that accompanied them. 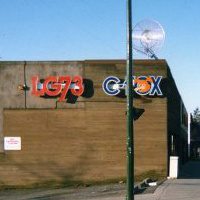 I remember walking into the kitchen and seeing a couple of large platters of deli food wrapped in cellophane with a piece paper taped on the top.  It read: “Don’t Touch!”

The broadcast begins to air:

“I’m Bob Coburn, welcome to Rockline on the Westwood One Radio Network, coming to you live this evening from Vancouver, British Columbia, Canada as we share the next 90 minutes with our guest Bryan Adams….”

Like everyone else, I wandered around the building, occasionally popping in the control room to listen to the show and talking to others about the excitement stirred by having a worldwide syndicated show being done live from our decaying little radio building in downtown Vancouver.

Suddenly, a sense of panic hit the hallways.  Platters of deli food, crackers and rye bread were being brought back downstairs into the kitchen from the production studio where the interview was being conducted.

Someone had forgot to inform our promotions team that Bryan Adams was vegan.

Maybe we can take the fruit, carrots and cauliflower off and just serve it with the dip?

The platters of neatly rolled ham, salami, turkey and other meaty delights wasn’t going down too well.  No one knew why.  At the time, it wasn’t common knowledge about Bryan’s preference for living a meatless lifestyle.

“He’s vegan?  Really?  Ohhhh, shit!  Maybe we can take the fruit, carrots and cauliflower off and just serve it with the dip?  Nah, that won’t work.” 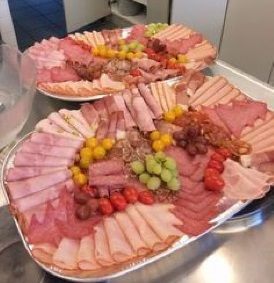 Oh well, it wasn’t like anyone was starving.  A steady murmur of giggles flowed throughout the building as the word spread.

On the show, Bryan’s  “Run to You” played.  A few years later, he would perform the acoustic arrangement on his MTV Unplugged disc.

Whenever I hear that song, I’m back downstairs at the station, building a hero sandwich from the leftover platter of deli meats that Bryan Adams respectfully passed on.