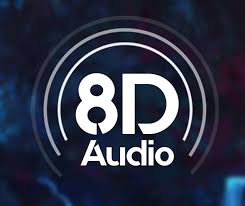 I assumed 8D audio was the hip-shortened way of describing audio recorded with an (gasp!) eight dimensional sound quality to it.  An audio effect that projects unlimited depth and scope.

I remember my fascination with “Quadraphonic Sound” circa 1975.  My father had purchased a box set of classical music.  On the front of the box – highlighted in bold letters – the words QUADRAPHONIC SOUND were printed.

For audio enthusiasts in the seventies, this new recording technique appeared to be the sound wave of the future in high fidelity recording.  They even included an instructional manual on how to position your four stereo speakers in the room to achieve the best possible Quadraphonic effect.

Naturally, my Dad decided it was time to rearrange the furniture in our rec room, making sure the EZ Boy recliner was positioned exactly in the middle of this cauldron of sound.  Unfortunately, our 20′ inch color television set was ten years away from having the simplest of RCA jacks in the back, enabling you to hook up your television to your stereo.  “Home Theatre” would have to wait.

What does it sound like?  The best way I can describe it is:

Imagine yourself standing in the middle of a merry-go-round, and each horse has a speaker tied to the saddle bags.  The vocals, drums, bass, guitar etc. are all rotating nonstop in a 360 degree swirl with each speaker projecting a different instrument.

“We have an announcement to make.  Please stay away from the brown acid.”

It’s a Cirque du Soleil of sound, and quite frankly, the non-stop revolving of vocals and drums gets a bit annoying after about a minute of listening to it this way.

To be honest, I’m getting woozy just thinking about it again.

Hence, the reason why it’s advised that you to listen to 8D audio with headphones or buds only.  Or they way 90% of the world does nowadays…

But knock yourself out and judge for yourself.  Have a listen to what 8D audio sounds like.   I’ve included a few songs here, recorded with this ear trickery effect.  There’s a ton more on YouTube for you to explore.