Every Song Has A Memory: I Got A Name

Every Song Has A Memory: Girlfriend30 April 2020

Every Song Has A Memory: I Got A Name 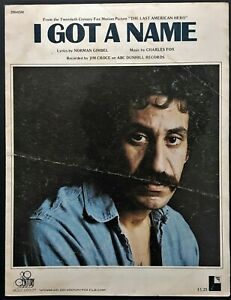 Jim Croce – I Got A Name

It was July.  Hot.  I was seventeen, and a thousand miles from home driving a car on a winding highway through the mountain ranges of British Columbia, Canada.

Raised on the prairies, this was the first time I had ever driven through the mountains.

Thick ferns were overgrown on the side of the highway, melting into the forest floor under gigantic Douglas fir trees that rose up and covered the side of the mountain.  The photos I was taking with my Instamatic camera could not capture the feeling I was experiencing.

But the music did.

My maroon ’74 Buick Century descended from a summit peak at 100 kilometres per hour, curving downward into an open valley.  With the windows rolled down, I could feel the cool drop in temperature.  My ears popped from the sudden change in altitude.  I  yawned to clear the pressure.  As the mountain shadow cast over me,  a heavy aroma of pine breezed the air.  It was like I had just opened up a new Christmas tree car freshener from its plastic wrapping.  Only better. 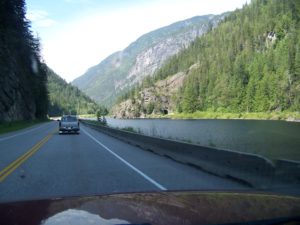 As I looked to my right, a rushing river with a high water line flowed beside me.

I had just been hired by a radio station to be their afternoon announcer.  A new job.  A new experience.  Everything that lay ahead was unknown to me.  Through the static, I picked up the station on its frequency.  The sound of Jim Croce’s “I Got A Name” was there to greet me.

As I listened to the lyrics, I took in the heavenly view.  I knew I would never forget how the song and the surroundings synced together and created this magical moment.

I can live that moment again and again.  And again.

All I have to do is listen to the song.