Every Song Has A Memory: You Belong To The City

Sending Auditions: flat or compressed?31 May 2020Next

Every Song Has A Memory: You Belong To The City 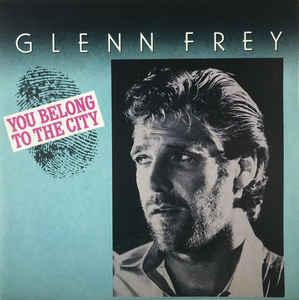 Glenn Frey – You Belong to The City

There is no better place in the world to watch people going about their business than New York City.

Feels strange writing this when New York – like everywhere else – is slowly trying to claw its way back to some sort of normalcy during the midst of a global pandemic.  But that is probably why the following memory came to mind:

When you take in the Big Apple from ground level, you’re observing the great experiment: every type of person in the world living next to each other.  Every person of every ethnicity dwells there.  Every religion is practiced.  Every language is spoken. 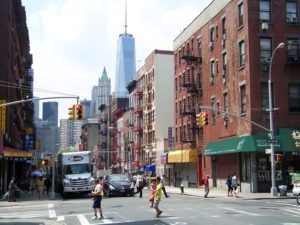 New York City is energy.  Expression.  Connection.  Non-stop motion on every sidewalk down every street.

I spent an afternoon walking lower Manhattan with no destination in particular. 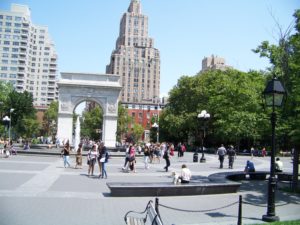 I just wanted to feel what it was like to be a part of the large mass of population on display that has been photographed, filmed and written about so often.  Little Italy, Chinatown, The Bowery, Tribeca, Soho, Fifth Avenue, Greenwich Village.  It’s all there.  All you have to do is keep walking and you’ll end up stopping and staring at something familiar you’ve seen in a movie, on the TV or in a magazine.

As much as the buildings, streets and architecture are something to behold, observing the people going about their everyday life is by far the most interesting part of strolling the streets of New York.

So, there I am.  It’s mid afternoon and I’m walking down Broadway, about to make the turn onto 8th street to check out the famous Electric Lady recording studio – home to music history.  Jimi Hendrix, David Bowie, Led Zeppelin, U2, the Stones, Bob Dylan and John Lennon have all recorded there.  And so many more.

That’s when I heard the sax. 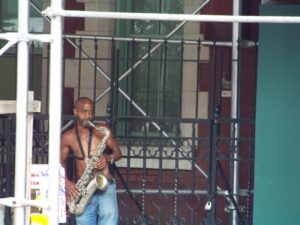 Through the cauldron of noise, a familiar melody echoed underneath a long scaffolding.  There, standing alone, a shirtless guy wailed on a saxophone.  I stopped and listened and clicked a photo.  I had played the song a million times on the radio, but I had never made a connection with it.

It sounded sad and lonely.  But I somehow felt a bond to the music and the symphony of movement around me.  Glenn Frey and Jack Tempchin sure captured an NYC moment.  As I continued walking, the sound of the sax grew distant, slowly overtaken by the rumble of traffic and the throbs of urban life.  Passing people on the sidewalk, I quietly started singing under my breath:

“You belong to the city…”

Why the hell didn’t I tip that sax player?

Whenever it plays, I’m there.  Broadway and 8th.  New York City.

Listen to Glenn Frey – You Belong To The City