Douglas Rain: voice of HAL from 2001: A Space Odyssey passes away.

The Story Behind the Session: YES Campaign11 November 2018Next

Douglas Rain: voice of HAL from 2001: A Space Odyssey passes away. 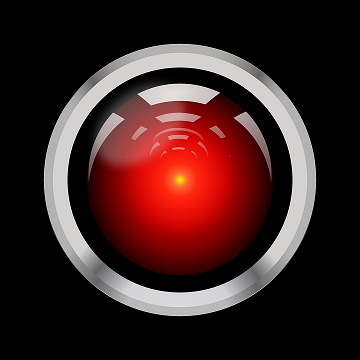 “Can you voice this spot kinda like HAL the computer from 2001?”

I must’ve been given that as a reference point a hundred times in the studio, over the years.

Me and a zillion other voice artists.

That all changed when Douglas Rain perfected the gentle yet somewhat unsettling computer voice that became the surprise star of the film 2001: A Space Odyssey.

In 1967, Rain (who grew up in Winnipeg, Manitoba) spent 9 1/2 hours in a New York recording studio, voicing HAL. His relaxed method of speaking was achieved by voicing the lines barefoot, constantly resting his feet on a pillow (very cool trick) while director Stanley Kubrick sat beside him, four feet away.

Rain’s “HAL” character instantly became a part of pop culture. You hear “that” voice in your head whenever you think of the film.

And then there’s “KITT” the talking car from the 80’s TV show “Knightrider.” Where do you think the inspiration for that character came from?

Voice actors have been trying to do the “HAL” read for 50 years.

When you are constantly trying to find that special tone and delivery that hits a home run (and hits pay dirt) it’s humbling to know that Rain refused ALL offers to “talk like HAL.” APPLE wanted him to reprise the voice for a Superbowl commercial involving the “Y2K” bug. No go.

“I am sorry, APPLE, I am afraid I cannot do that.”

Rain thought voicing a commercial was “beneath him.”

Thus, APPLE was forced to search for a HAL replacement.

Here was the result:

For over 50 years, Douglas Rain was an accomplished and deeply respected stage actor trained in the classics. A co-founding member of the Stratford Shakespearean Festival.  He was perplexed why people would constantly ask him about some film voice over he did back in the 60’s.

I wonder how HAL would have responded to that question?

Read about his life and passing: